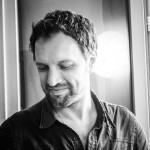 I attended Daniele Segre’s Documentary School in Turin and I graduated from La Fémis (The National Film School) in France. In 1996 I landed in Paris. Ever since I have lived and worked in this loved and hated city. Here, I have developed a consciousness of my trade that I like to think of as that of an artisan. Making documentaries has brought me into contact with different realities and countries, and particularly those in Eastern Europe.

In 2004 I founded an audiovisual training project for young people in a underpriveleged inner-city area of Paris.

In 2007 I went to Port au Prince (Haïti) to train the journalists from Alterpresse in camera and editing.

In 2010 I was assistant director and video artist for the performance ETRE(S), by Claude Bagoë-Diane and Nicole Charpail.

Work in progress: a documentary about Giovanna Marini.